In the uncertainty and tumult of 2020, we turned to the humanities for guidance, comfort, answers, inspiration, lessons, hope, determination, clarity and ways to process grief and the impact of isolation.

We turned to the humanities disciplines because they’re our beacon, ways to put our experiences in context and see the bigger picture, beyond the day-to-day struggles.

As scientists and health professionals work tirelessly on genome sequencing and patient care, humanists complemented that work by turning to our cultures and histories to comprehend the complex realities of people’s lived experiences.

“As we think about the world around us, the humanities is what provides the links and the context for greater understanding. We’ve been confronted with historic challenges in 2020 and as we seek answers and solutions, we turn to the humanities because we know the value in analyzing different perspectives and searching for a common truth,” said Alain-Philippe Durand, Dean of the College of Humanities.

Professors from across the College shared a bit about what they reached for to help comprehend life in 2020. 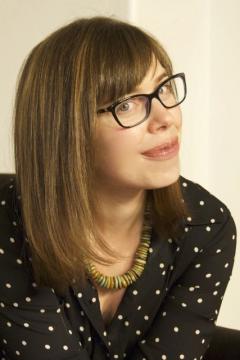 As a scholar of early modern literature and cultural production, I’ve been thinking a lot about what Raymond Williams called “keywords”: concepts capacious enough to accommodate contradictions, yet precise enough to capture something significant about the cultural moment. In my book, I tracked the evolving concept of honor in sixteenth- and seventeenth-century soldiers’ autobiographies in order to show how particular uses of language and literary forms reflect and effect historical change. Because I’m attuned to words and how they interact with their literary and cultural context, I was fascinated to see that the Oxford English Dictionary declined to dub a single “word of the year” for 2020. Instead, the OED released a lengthy report on the pandemic-related explosion of new (or newly popular) terms. As the report attests, a significant subset of these fall under the keyword umbrella of “work.”

For many of us teaching or studying at the university, the location and modality of our work has changed: we “wfh,” completing “homework,” “housework,” and “schoolwork” within the confines of a single space, which raises additional challenges for finding an already-elusive “work-life balance.” On a more positive note, the pandemic has laid bare our reliance on unseen support systems, leading institutions to recognize – in spirit, if not yet in deed – the value of “care work” including childcare and eldercare. Likewise, we have only begun to address the cognitive dissonance inherent in the fact that those rightly labeled “essential workers” continue to be severely underpaid and underprotected. As I see it, the productive critical paradigms and multifaceted skills associated with the humanities allow us to grapple with the complexities of a seemingly simple idea like “work” and, in the aftermath of this tumultuous year, compel us to imagine – and work towards – a better, more just future. 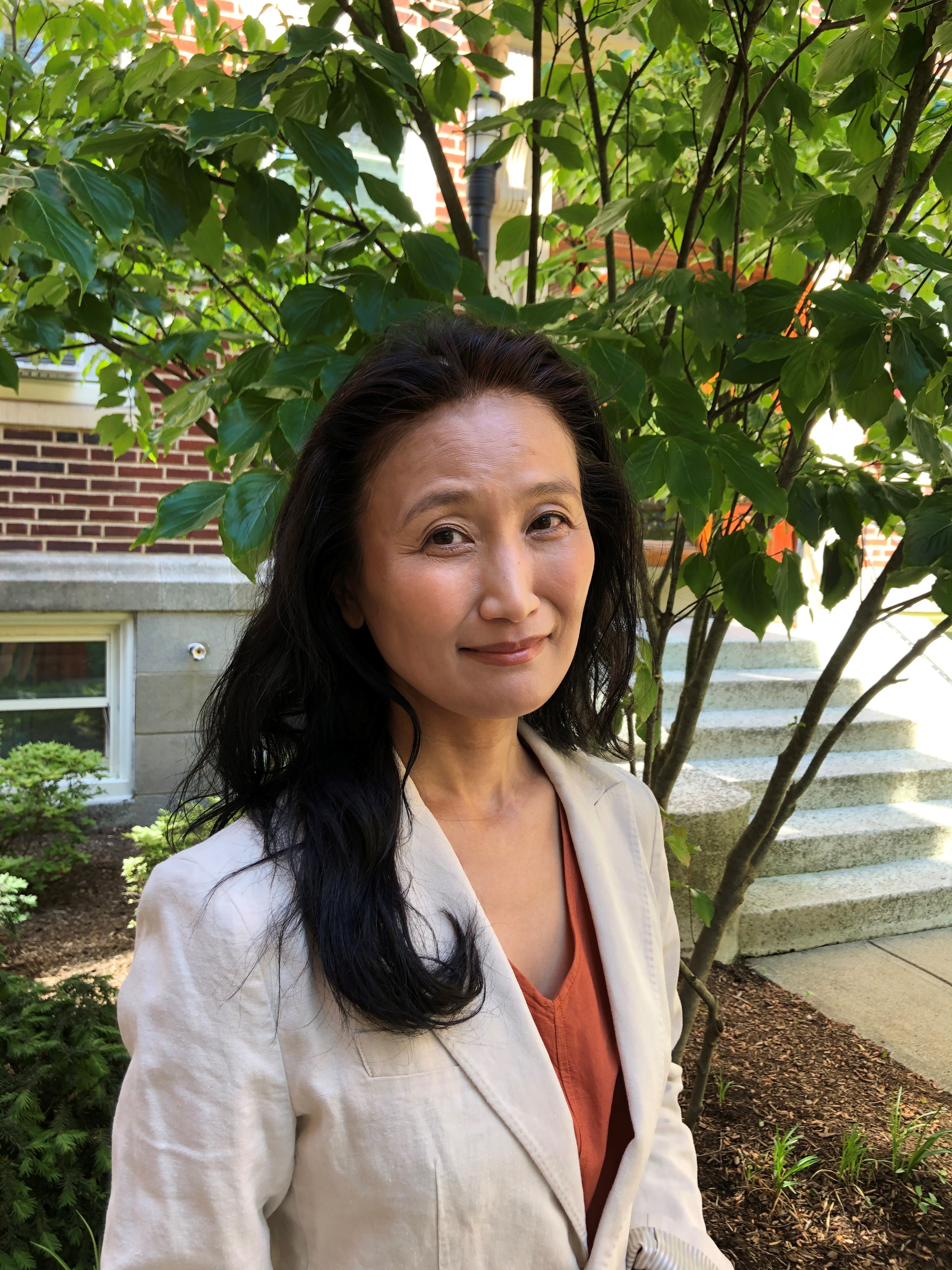 Through facing new of challenges of teaching and learning during the pandemic, I have renewed confidence in the humanities, in which we continually strive to think creatively and critically and pursue new insights. Whether we worked remotely or in person, we have been able to foster active learning communities that encourage personal and intellectual growth, which are so important to overcome the frustration and feeling of stagnation that can result from relative isolation during the pandemic.

As a premodern Japanese literature scholar and a teacher in the field of the East Asian Studies, my students and I work together to understand diverse values of different cultures, including history, religion, literature, and art, in different times and regions. Exploring this rich diversity in human experience throughout time can help free ourselves from pandemic-induced nearsightedness and anxiety.

Even more importantly, the humanities are rooted in a collaborative exchange of ideas and working together to create new ways of understanding our world and the human experience. Distance learning during the pandemic didn’t slow down our active exchange of ideas, whether in discussion groups, peer review sessions, or group research projects. For the final project for one of my courses, for example, students creatively produced podcasts exploring various topics in premodern East Asia while working remotely.

The skills we developed while working together creatively in groups have not only sustained us through the pandemic but will grow increasingly important even after this global crisis. In a world in which virtual workplaces and online education will become even more prevalent, excelling at virtual teamwork and communication will be indispensable. 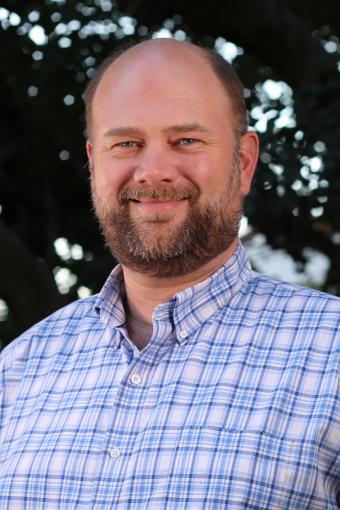 Before this year, I usually considered my Fall classes – on vampires & werewolves, 19th-century Russian literature, and East European science fiction – as separate themes, but this semester only highlighted the connections across cultures and eras.

The idea of vampires began, in part, as metaphors for illness and the spread of disease, and watching the world struggle with trying to understand Covid underscored how such vampire stories might begin and take hold in earlier eras. Often such vampire tales, and their fears of “infection,” were connected with ideas of “the other,” another issue deeply relevant as global struggles with systemic inequities came to the fore during the past year.

Reading Fyodor Dostoevsky’s Crime & Punishment with students this semester underscored how isolation and getting caught up in echo chambers negatively impacts an individual. Dostoevsky’s characters show us that we have a responsibility to each other – to listen, to help or to just be present for someone, actions which we all perhaps have greater appreciation for in this year of pandemic.

Finally, the discussions in the sci-fi course underscored that – across time, space, and species – the one constant is change, but that our strength as humans is the ability to adapt to any new situation in creative ways. 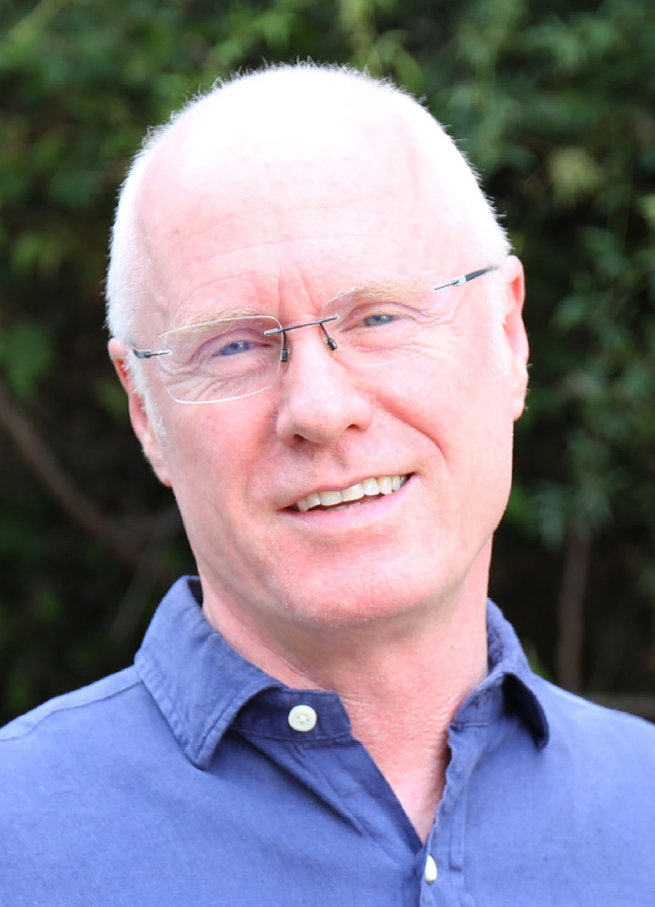 My fall semester class French 440, conducted entirely in French, focused on the problem of evil (le mal), both physical and moral—a classical subject with particular relevance to various aspects of the COVID-19 pandemic.

Beginning with French Romanticism and a sense of anguish (le mal du siècle) exemplified in the work of François-René de Chateaubriand, Alfred de Vigny and Alfred de Musset, students followed with George Sand’s pastoral novel, La Petite Fadette, written in response to what she saw as “a time [the 1848 Revolution] when evil result[ed] from men misjudging and despising one another.”

The next work was Albert Camus’ novel, The Plague. Published in the aftermath of the Second World War, this work is ostensibly a chronicle of a city beset by an epidemic which, as students repeatedly noted, is eerily prophetic of the events of 2020, from the onset of the disease to the reactions of public officials, the media and private citizens. But The Plague is also a meditation on moral ills, evoking theological debates of earlier centuries.

Such debates are the starting point notably for Voltaire’s Poem on the Disaster of Lisbon and his tale Candide, which parodies Gottfried Wilhelm Leibniz’ theory of optimism. From Voltaire, students turned finally to Charles Baudelaire and his paradoxical use of religion in avant-garde poetry, The Flowers of Evil. 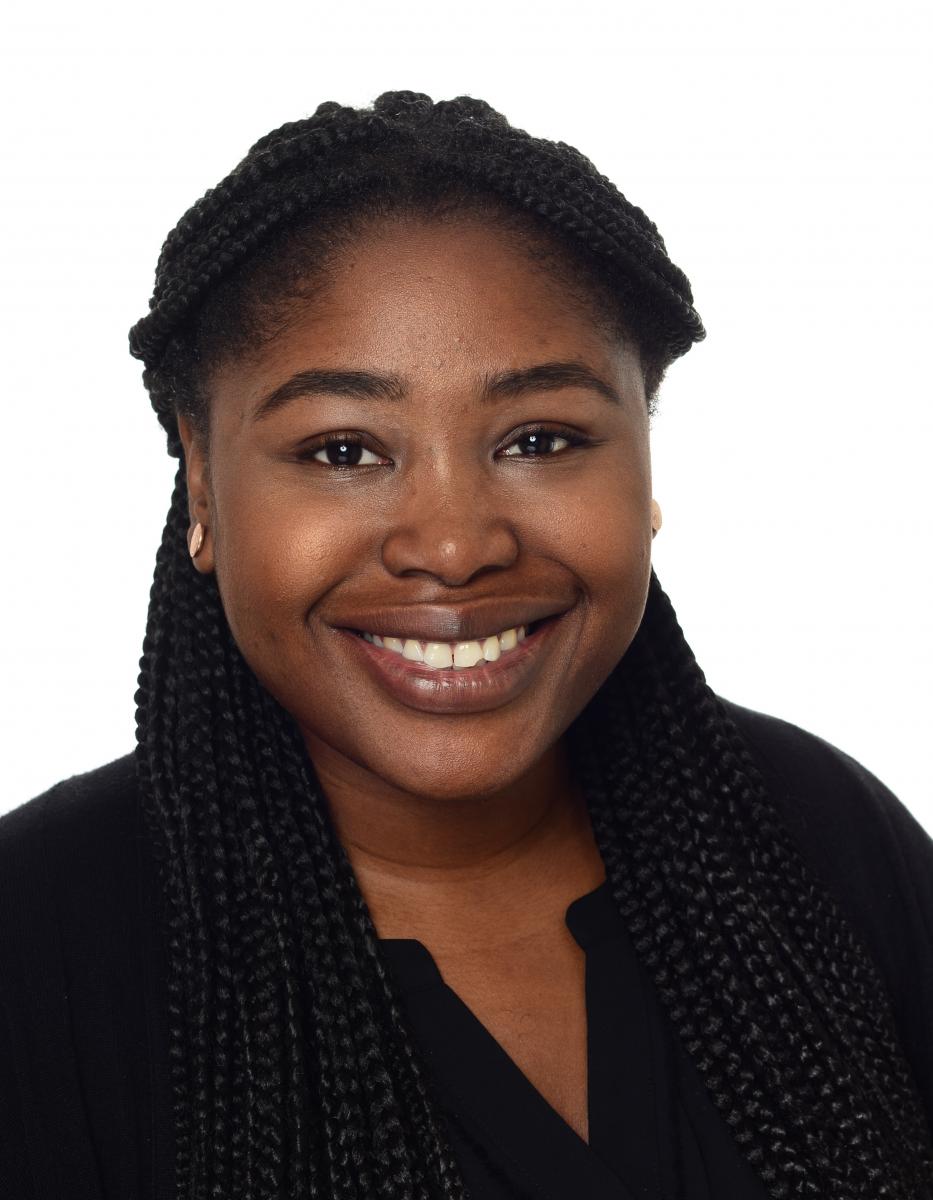 In my interdisciplinary Black German Studies research at large, I touch on the politics of suffering in the context of Black bodies, slavery, and abolition. I challenge the notion of an absence of German abolitionist awareness in Europe during the Age of Enlightenment. The German eighteenth-century and nineteenth-century dramatic genre Sklavenstücke (slave plays) articulate a nuanced critique of slavery and the transatlantic slave trade and thus bear witness to an early German-language discourse indicative of abolitionist currents. By heavily playing on the emotions of the audience, abolitionists aimed at suggesting thought-provoking options to terminate the suffering and agony that the racial “Other” is subjected to. In the hope of calling the legitimacy of slavery into question, an incompatibility of slavery and Christian beliefs is expected to emerge, for which the key factor is an emotional bond between the audience and the suffering slave.

Sympathy then lies with Black bodies rather than human beings of African descent, in the collective commodity rather than the individual people. Thus, I engage German contexts by drawing on approaches rooted in Black thought and theories. This allows for the centering of the human and Black humanity more broadly in the context of dehumanization and commodification, which were foundational to slavery and the transatlantic slave trade. Abolitionism paved the way for further Black social movements, including the civil rights movement in the U.S. in the mid-1900s and the current Black Lives Matter movement. It can be discussed in the context of daily Black suffering at the hands of law enforcement globally, which strikingly takes us back to the inception and origin of police and policing in the U.S. with the institution of slave patrols. The transnationality of Blackness as a marker of non-personhood has transcultural implications, such as in Germany, though the history of policing there did not emerge from slavery and the trade in slaves. 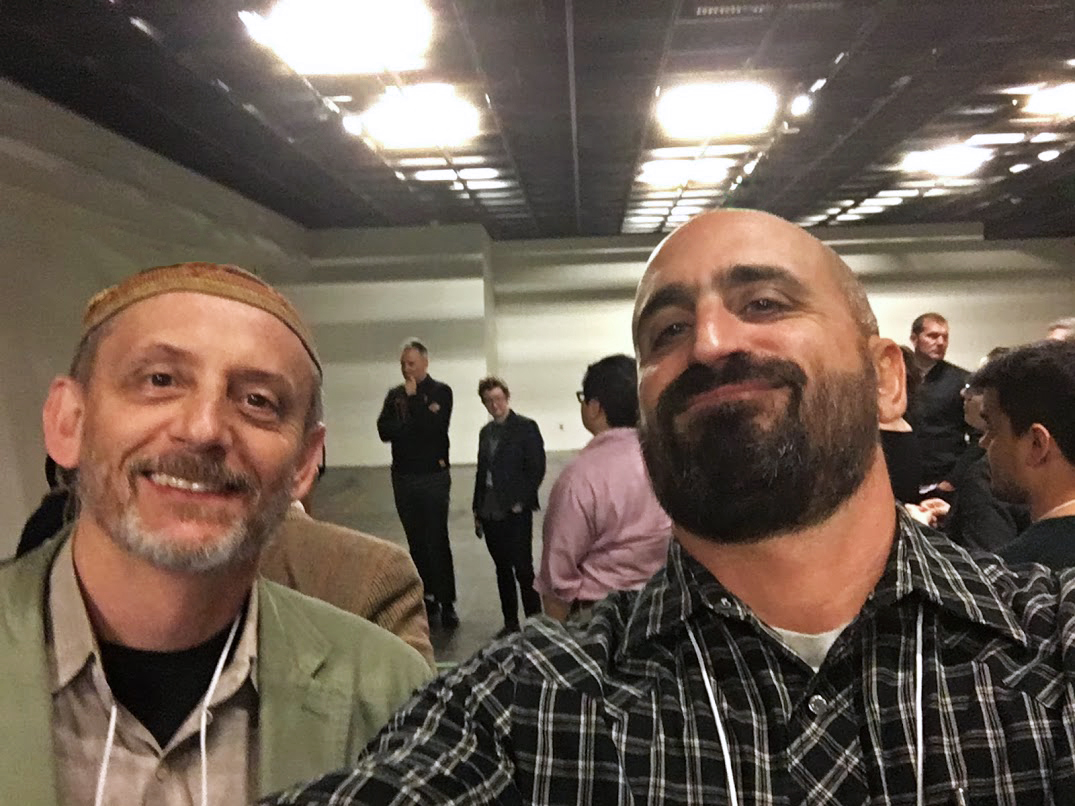 As scholars of play and games, especially computer games and computer game culture, we almost always orbit around one central question: what meanings do we make when we play?

As has long been the case, people learn about their real lives by playing games that imitate and simplify real-world situations. Hundreds of thousands of gamers worldwide have been mentally prepared for COVID-19, having grown up playing games designed around survival stories involving global pandemics: viruses, vampires, hackers, fascists, alien invaders, and so on.

In the world of computer games, fighting pandemics is difficult and filled with tragic loss, but ultimately offers an optimistic outcome. Computer games are designed to be won. I suspect that this has influenced how many people think about COVID-19, for better and for worse: gamers (and apocalyptic movie and television viewers too), may well have the sense that with a sufficient application of intelligence, chutzpah, and luck, coronavirus has no chance. But humans are famously idiosyncratic when it comes to interpreting signs. Gaming only complicates things.

Throughout the 2020 pandemic and presidential election, it's been fascinating to see how gamers and game developers have danced. The computer game industry is inherently global, which has certain complicated resonances with both the spread of COVID-19 and the international policies effected (or interrupted) by President Trump. As a result, people are playing games more, thanks to quarantine-induced increased seat-time, and game developers are aiming to capitalize on this and on the antagonisms that are in the air around race, colonialism, and fascism.