The College of Humanities is pleased to welcome new faculty for the upcoming academic year.

“These are outstanding scholars who represent the breadth and diversity of Humanities scholarship and teaching,” said Dorrance Dean Alain-Philippe Durand. “Their expertise in languages and cultures around the world will further our mission of graduating students equipped with the skills they need to succeed on the global job market.” 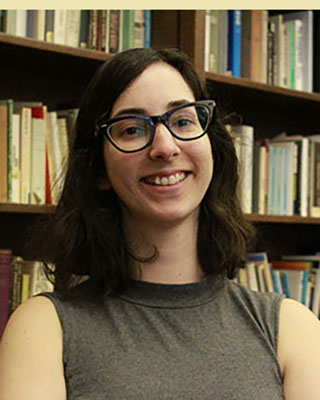 Eva Carrara finished her PhD in Classics at Florida State University in 2022, where she taught many classes on Latin, Greek, and ancient civilizations. Her research focuses on fragmentary Latin prose and historical writing in the Roman Republic. In her dissertation, “Cato in Cicero: Reading Roman History in the Late Republic,” Eva investigates and surveys Cicero’s reception of and response to Cato the Elder’s historiography and oratory. Her other research and teaching interests include Greek and Roman historiography more broadly, ancient gender and sexuality, and digital humanities. Before her doctorate, Eva earned an MA in Classical Studies at Villanova University. 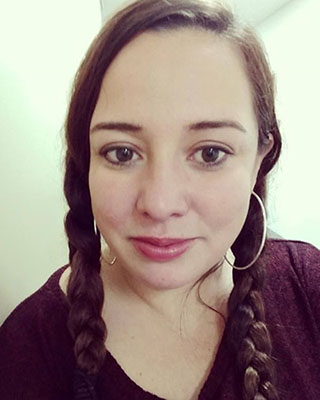 Dr. Costello is Purepecha, first woman in her family to finish high school, completed an intersectional doctorate in both Spanish Linguistics and Latin American Literature and Culture, and has more than twenty years of experience in medical interpretation and translation.

Prior to joining the University of Arizona she served as the director of Interpreters for the Medical Profession through Advanced Curriculum and Teaching at The Ohio State University, managed the Clínica Latina—a free medical clinic for Spanish speakers, specialized in emergency room interpretation at a Trauma 1 hospitals, as a conference interpreter for the World Health Organization, and as a lead consultant for the Mexican government on promoting access to rural health care.

Her research focuses on the connection between language, labor, and identity. In her free time Dr. Costello enjoys training for triathlons. 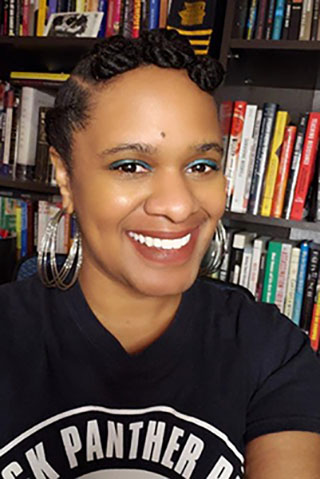 Lisa Covington is a Ph.D. candidate at The University of Iowa studying the Sociology of Education with certificates in Digital Humanities and African American Studies. During her time at the University of Iowa, Lisa earned eight prestigious fellowships. In 2020, for her scholarly work and community engagement, Lisa was the recipient of the Dr. Martin Luther King, Jr. Achievement Award from the State of Iowa Human Rights Commission.

Lisa’s research explores media representation of Black youth. During her fellowship, Lisa will examine the progression of Black girl characters to better understand the role of film and social institutions. Lisa’s fellowship work will focus on expanding her sociological research on Black girls in film and the development of a digital database to serve as a public facing platform for community members and scholars. Lisa views this work as the first phase of her larger research agenda on the cartography of Black girlhoods, specifically, and Black childhoods at large.

In addition to Lisa’s many scholarly accomplishments, she also has a strong track record of applied scholarship and community engagement. Lisa has dedicated herself to bridging the gap between campus and communities through programs aimed at supporting the socioemotional needs of Black youth. She is able to do this through implementing culturally responsive programming by founding two programs for students: the Ethnic Studies Leadership Academy and the Black Leadership College Program. 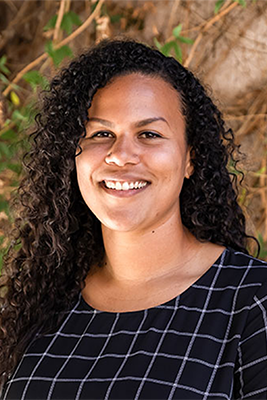 Brittney Crawford is the Internship & Engagement Coordinator and a Lecturer in the Department of Public & Applied Humanities. She draws on her background in school counseling and a decade of advising experience to help students navigate their career journey and gain confidence in telling their professional story.  Prior to joining PAH, Brittney worked as a Career Educator in the Office of Student Engagement & Career Development and as a counselor for student-athletes in C.A.T.S. Academics. She holds an MS in Education in School Counseling from Purdue University (2013), a BA in Sociology from Westmont College (2008), and an AA in University Studies from Irvine Valley College (2006). 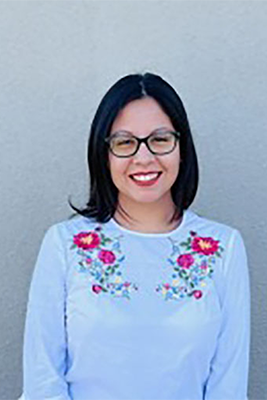 Tania García-Piña is completing her Ph.D. in Iberian and Latin American Languages and Cultures at The University of Texas at Austin. During her time at UT Austin, Tania earned 13 prestigious fellowships. As a DACA holder, Tania draws on her lived experiences to intentionally foster inclusive dialogue amongst students. In 2021, she was awarded the Faith Teaching Award from the Department of Spanish and Portuguese, a highly selective honor given to the individual who demonstrates the most innovative and high-quality teaching in the department.

Tania’s academic work encompasses Latin American literature, culture, and ethnohistory, with expertise in intellectual production, identity, and colonial politics. She has presented her research at the International Congress of Latin American Studies Association and the Sixteenth Century Society and Conference, both highly competitive and prestigious conferences in the field.

During her fellowship, Tania will revise and expand her dissertation into a book, Writing a People: Indigenous Politics, Agency, and Identity in Huexotzingo. In it, she will expand the analysis of Indigenous modes of political representation in Huexotzingo while paying particular attention to the extent to which gender dynamics shaped the perception and practice of these ideas. Tania’s research contributes to increasing discussions of Indigenous cultural production in Mexico and how diverse peoples have actively engaged with cultural and political shifts over time. 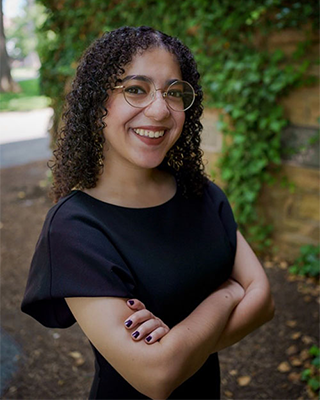 Kimberly Hassel is an anthropologist and digital ethnographer specializing in the intersections of digital culture, youth culture, and identity in contemporary Japan. Her current book project examines the relationships between Social Networking Services, smartphones, and shifting notions of sociality and selfhood in Japan, especially among young people. Her book also delves into themes associated with digital ethnography, such as digital ethics. Hassel’s examination of the impact of the COVID-19 pandemic on digital sociality in Japan and ethnography has appeared in Anthropology News. Hassel also specializes in diaspora studies, critical mixed race studies, and Afro-Japanese encounters. Her work on digital activism among Black Japanese youths is forthcoming in “Who Is The Asianist?” The Politics of Representation in Asian Studies. 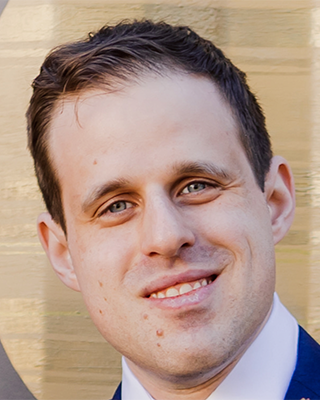 Nathaniel Katz earned his PhD in Classics at the University of Texas at Austin in 2022 and his BA from Kenyon College. He researches Roman imperial self-representation and regime change. His dissertation asks what happens after the assassination of a Roman emperor and shows the political affordances those moments of sudden violence gave the various actors in Roman politics. His other work uses literature, documentary sources, and coins to see how the emperor’s subjects received and reacted to his political messaging. 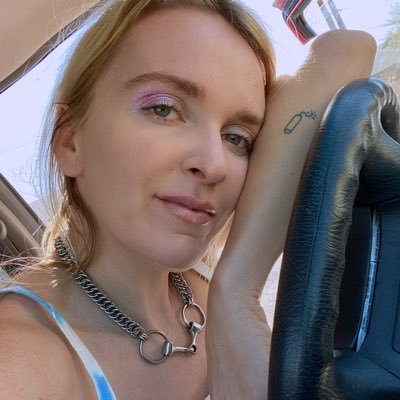 Liz Kinnamon works at the intersection of Marxist feminism, attention studies, and critical theory. Their dissertation, "Playing Attention: Marxism, Feminism, and the Politics of Presence," tracks the concept of attention from a materialist perspective to push back against presentist and technologically deterministic views of the so-called attention crisis in the US. The project looks at a variety of attention techniques from Silicon Valley mindfulness to second wave feminist Consciousness Raising to Pauline Oliveros' experimental sound exercises. The first publication from their dissertation reads the Silicon Valley mindfulness movement alongside Foucault's Care of the Self, and is featured in the special issue of Women & Performance "Living Labor: Marxism and Performance Studies."

They are currently working to publish, with Carol Giardina, The Consciousness-Raising Correspondence, 1968-69, a collection of letters written between founding members of Women's Liberation when the movement was first cohering in the United States. The letters show the effervescent thinking, connection, and effort involved in developing some of the movement's basic theories — from "the personal is political" to the practice of Consciousness Raising.

Their next book project is a history of second-wave feminist Consciousness Raising. 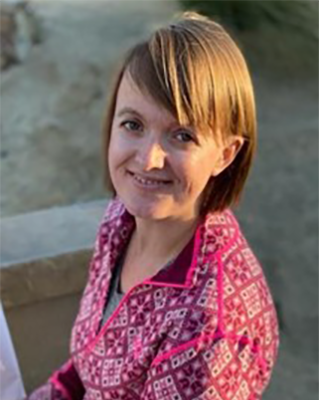 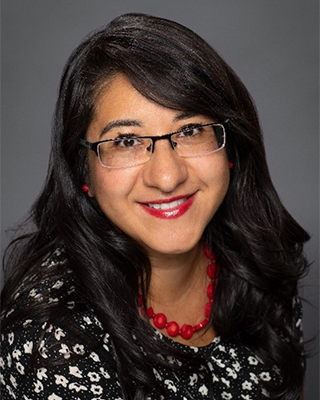 Tania Leal is a linguist who specializes in second language acquisition, particularly on the acquisition and processing (comprehension) of syntax and morphology. her research explores bilingualism broadly construed and is purposefully interdisciplinary, incorporating elements from applied linguistics, generative linguistics, and psycholinguistics. She is particularly interested in real-time language comprehension and in advancing the characterization of the underlying linguistic knowledge of second language learners and heritage speakers. She is also keenly interested in the current methodological and epistemological issues that have arisen in the field as a by-product of conducting research that integrates different approaches. Her current research investigates how second language learners and heritage speakers acquire and process morpho-syntactic elements such as clitics. Some of this work has appeared in journals such as Studies in Second Language Acquisition, Linguistic Approaches to Bilingualism, Second Language Research, Lingua, Language Acquisition, Applied Linguistics and the International Journal of Bilingualism. Tania is currently serving as Associate Editor for the journal Linguistic Approaches to Bilingualism and contribute to the editorial boards of Second Language Research and Languages.

Alex Lee completed his Ph.D. in Classics from Florida State University in 2022 with a dissertation titled Xenophon and the Sophistic Movement. His main research interests are in the intellectual history of Greece in the fifth and fourth centuries, though he enjoys teaching widely in the languages, literature, and history of Greece and Rome. In addition to his work on Xenophon, Alex is currently undertaking collaborative projects on the sophist Hippias and on fragmentary Socratic literature 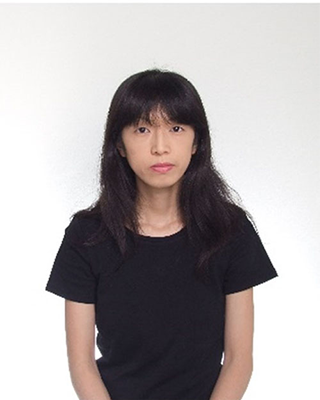 Reiko Nitta received her master’s degree specializing in Japanese linguistics and language pedagogy from the University of Arizona. She has experiences in teaching Japanese at many different institutions, including North Carolina State University, UNC-Chapel Hill and Wesleyan University in Connecticut. Previously in 2018, she has also taught at the Japanese Language and Culture Summer Intensive Program in Hokkaido, Japan. Her research interests are second language acquisition and language pedagogy. Also, by the recent working experience at Ehime Prefecture International Center in Japan, she is interested in Yasashii Nihongo, a simple Japanese which is used to efficiently deliver essential information for foreign residents during disasters and in emergency situations as well as in everyday settings in Japan. Outside of academia, Reiko enjoys fishing, making sweets and driving to beach in her hometown, Ehime.​ Tetsuya is an educator, scholar, and artist whose research and art practice focus on language pedagogy, music, and popular culture. His current research interests include Japanese linguistics/pedagogy and sociolinguistics in the relation between music and language. He is particularly interested in the connection between composers’ native language and output, and digital resources/popular culture for teaching. Tetsuya holds MA in East Asian Studies (Japanese Linguistics) at the University of Arizona, and a BA in Japanese pedagogy at the International Christian University, Japan. In addition to his language degree, he earned his Ph.D. in music composition from the University of Minnesota Twin-Cities, and a B.M and M.M in percussion performance from Youngstown State University. Prior to coming to the University of Arizona, he taught several courses in Japanese language and music at Williams College, University of Minnesota, Twin Cities, and Youngstown State University.