For Robert Stephan, summers mean archaeological field research in Greece, working on a project trying to understand the collapse of civilizations at the end of the Bronze Age.

During the fall and spring semesters, Stephan teaches courses on classical history and civilization, where he makes the ancient world come alive for students.

Though research and teaching are different activities that involve different skills and methods, Stephan bridges the two, helping students along an important transition, from learning what a textbook says to learning how to ask their own questions and find their own answers.

Stephan, an assistant professor of practice in the Department of Religious Studies and Classics, was selected by students as the 2021 winner of the Margaret M. Briehl and Dennis T. Ray Five Star Faculty Award. Established in 1983, is the only campus-wide teaching award whose honoree is chosen by undergraduates. Stephan is the fifth College of Humanities professor in the last nine years to win the award.

Stephan, who joined the University of Arizona faculty in 2016, spent much of the summer in Greece, on the second field season of the five-year Bays of East Attica Regional Survey. The project, centered on the area around the modern town of Porto Rafti in eastern Attica, is led by researchers from the University of Toronto and University of Western Ontario.

The project seeks to understand what happened in the immediate aftermath of the collapse of a civilization around the end of the Bronze age. Prior researchers in the area have cataloged Roman and Byzantine pottery and evidence of a Late Bronze Age cemetery, but nobody has found the settlement associated with that cemetery. Stephan and his fellow researchers are working to clarify the exact nature of human activity around the bay during that period. 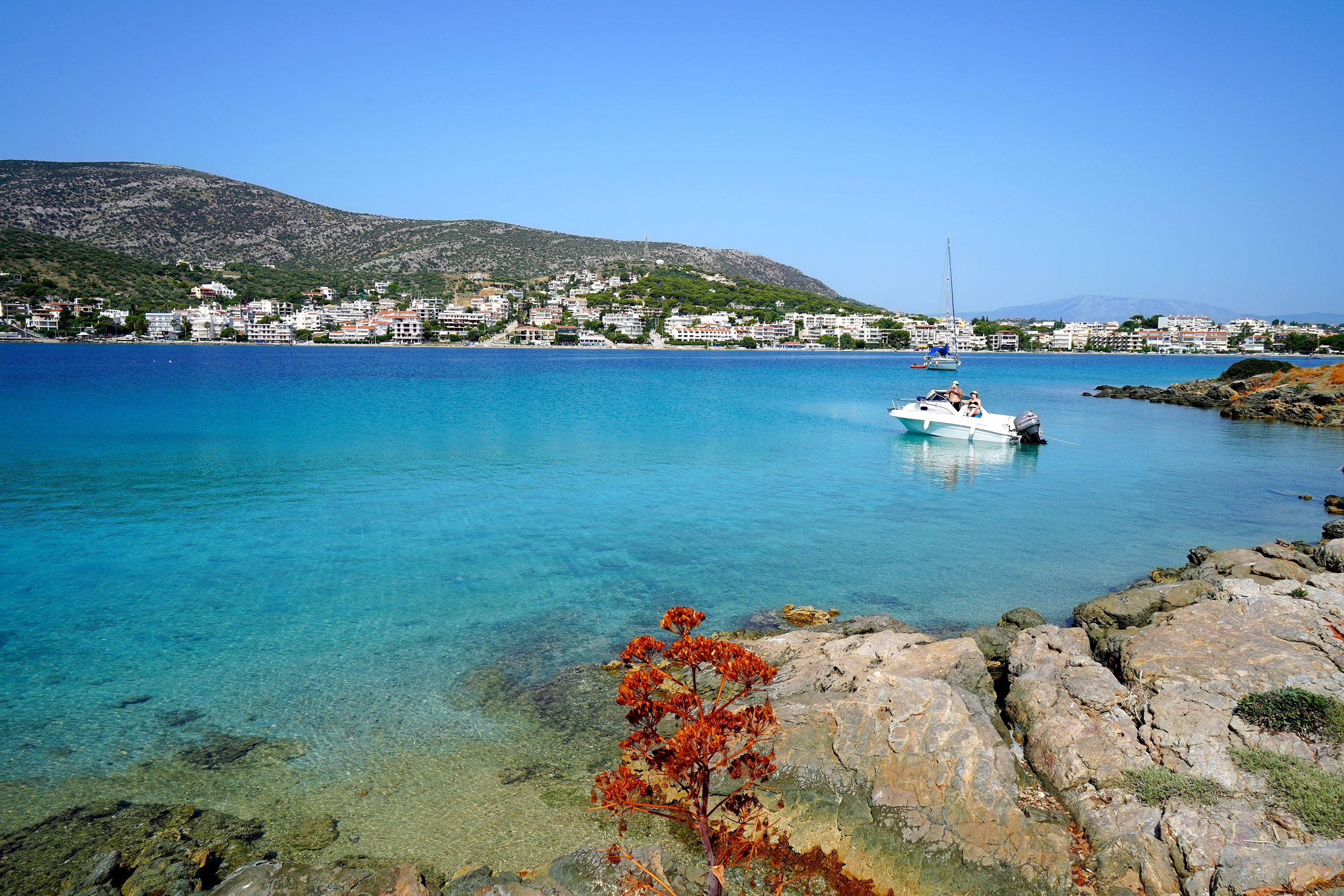 Back on campus, Stephan says he usually discusses his research early in the semester, both to make students excited about the possibility of doing archaeology, but also to introduce them to the myriad of opportunities to do their own research.

“With many of those big classes, it’s a lot of freshman and sophomores. The idea of research means something very different at the high school level than at the college level,” he says. “What you learn is that research is not about summarizing what other people have said, though it’s important to know that. It’s about asking questions that don’t have a satisfying answer so far and coming up with cool and clever ways to go find answers. Archaeology is a great way to do that.”

In nominating Stephan for the Five Star Faculty Award, students remarked on his enthusiastic approach to remote teaching, which has included high-tech video lectures and virtual tours of ancient archaeological sites. Stephan, who was chosen from a record-setting pool of more than 360 nominees – 60 of which were for him. “I have never had a professor that has so much passion for what he is teaching as well as want his students to thrive and succeed in his course,” wrote one nominator. “I can't remember a single time leaving Dr. Stephan’s class in a worse mood than when I arrived, his energy is that contagious,” wrote another.

Stephan was a rare double-winner of University of Arizona faculty awards in 2021, also receiving the Gerald G. Swanson Prize for Teaching Excellence. In the classroom, he takes a dynamic approach, moving away from lectures and using his own enthusiasm and passion to help students connect with the material.

“You can’t take 500 students to a project halfway across the world, but the idea of actively getting students to do things still holds water,” he says. “What I’ve tried to do is embrace the numbers, embrace the size of the classroom and scale small group active learning methods in those large general education classrooms.”

Even though Stephan’s typical Greek mythology class has about 500 students, those students still spend significant time in three- or four-person groups, brainstorming ideas and then sharing with neighbors and then larger groups.

“Archaeology is about building typologies, so when you find pottery, you know what culture it comes from and when it dates to. Even though they’re not in the field doing this, they’re doing many of the same things an archaeologist might actually be doing,” he says.

“One of the big things I very fundamentally believe is students should do whatever they can to become a part of some kind of research project while they’re at the university, which is this huge sprawling research complex that has lots of opportunities to be involved,” he says. “It’s a huge university and it can be daunting and scary, so part of it is giving them the confidence to approach a professor and get involved. Becoming part of the research that’s going on here is a fabulously rewarding experience and a great way to learn about how research is done and how we develop what we know about the world.”

Stephan sees part of his mission in the classroom as helping students “learn to learn” and giving them the tools to actively develop the valuable, real-world skills.

“The goal is to develop the skills to ask a question and then begin to find evidence and communicate an argument. That’s the kind of stuff that will be useful for students regardless what they do in the world,” he says. “Knowing exactly when Julius Ceasar died is great if you’re on a trivia team, but teaching people to think and ask good questions and find evidence are really the important skills.”